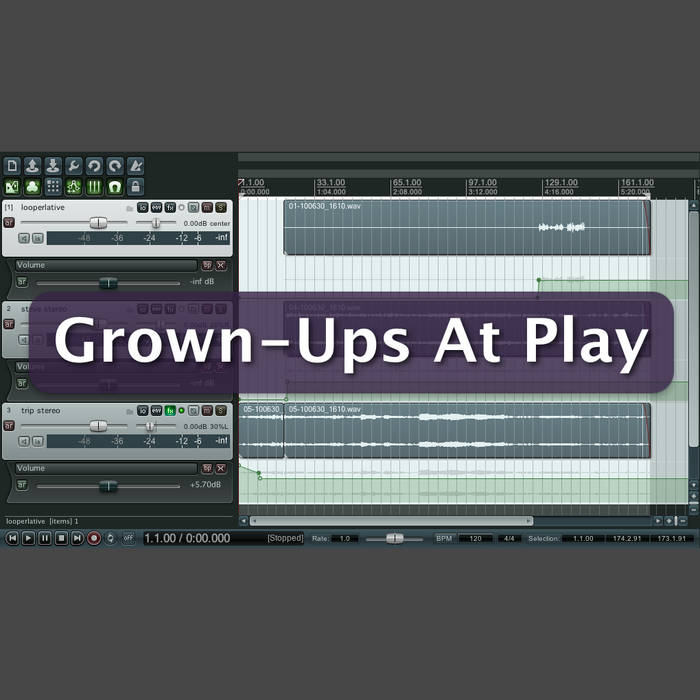 The simplest tune on the record in terms of the techological wizardry. There’s one little loop towards the end, but most of it is just Trip and I playing, with him hitting some deep, deep bass pedals (srsly, you’re not going to hear those if you’re listening on laptop speakers or through crappy headphones. They dig deep.)

This is almost an old fashioned duet.

The loop section adds a lil’ StevieSpice to the proceedings. After all, we’re grown-ups.