by Steve Lawson and Pete Fraser 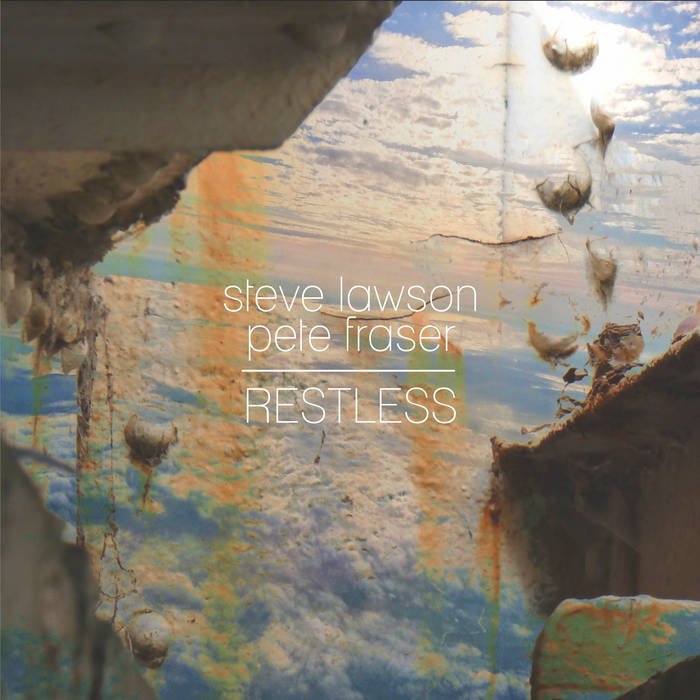 Didi Fantastic album, contender for your best album in my personal opinion, and I love Pete Fraser's input, it really added alot and made the tracks feel so much more full. fantastic work Favorite track: First Guess.

Archimedes Woo This album definitely has a very peaceful autumnal feel about it.
;-) Favorite track: Ambiguity.

I've recently realised that every time I come to write sleeve notes for a new release, I'm trying to tell the same story, that the music has the same basic assumptions about the world underpinning it for me. The purpose is to ask questions and expose the beauty in leaving things open to interpretation, the deeper magic that comes from revealing and representing the complexity of everything rather than trying to sit above it and declare from some lofty vantage point that this is a finished statement. Music is my research method into the human condition and the human experience and, like academic research, you aren't ever sure what you'll find when you begin. You have a hunch and if this isn't your first rodeo you'll have a bunch of experiences to draw on, but you set off to find something new rather than just to offer proof of what you already know.

So this like everything I do is music that not only acknowledges questions, it asks them and rarely if ever offers anything definitive in response. Having that as a modus operandi means finding other people who are more interested in feeding their own curiosity than putting up signs to signify their own greatness. The irony being, of course, that it's the quest that creates so many of music's greatest moments - Miles gave the charts for Kind Of Blue to the band in the studio. Eric B & Rakim made Paid In Full in a week, with Rakim rapping while reading the words he’d hand-written. Black Sabbath's first album was done in a single day. Allow the moment to define the music and all those questions can add up to something that under the right light looks like a statement. But that's hindsight. In the moment it about instinct and trust, not second guessing and micro managing. As such I never ask people to do specific things on gigs. My basic score for any improv gig is an imaginary piece of paper that says "you're amazing. Just be amazing" - and that's intended as an invitation to just be, not a pressure exercise. You are already amazing.

So it is with Pete Fraser - an incredibly versatile musician, as much at home playing pop horn arrangements on TV as improvising in tiny Birmingham clubs with me. He really is amazing - I love his playing and greatly value his friendship and that vital curiosity. He's a skilled chef, and that same spirit of mixing ingredients and respecting the laws of physics is at work in his music.

And, like me, he's restless. His music evolves, his influences develop, his particular focus is what it is on the day of the gig. Before this show we hadn't met since the day we recorded Intersect, but we'd both grown in the intervening two years and the music here reflects that. Pete's use of delay and an octaver is particularly note worthy here, and once again the speed with which he reacted to anything I threw at him was nothing short of telepathic. We've grown and evolved and this is where we were at on that day. Like Miles and Sabbath and Eric B & Rakim, hindsight offers us the chance to reflect on the consequences of that particular quest in a more considered environment. And for the people that were there, there's the opportunity to revisit the musical part of the experience, outwith the venue and away from the company, the extraneous sounds, the weather and the sight of us playing and interacting. That changes things. A lot. So much that the music isn't meaningfully the same. We hear music in relation to all those things, it comments on them and reflects them back to us. That's perhaps why music is the most repeatable of the arts, the one we encounter intentionally again and again. The music is a conversationalist, not the musician. It's the music we hear asking us questions about where we are and what's going on. As much for the people playing it as those in the audience. We are jointly bearing witness to this questioning and no one is thankfully expected to come up with a definitive answer. Music that tries to do that, for me, is selling us short. As with all the best research one of the most reassuring findings is always just the acknowledgment that "it's complicated". Life is complex, and this here's a soundtrack that'll hopefully invite you to rest easy in the midst of that complexity and as Martyn Joseph once sang, "Treasure The Questions".