by Steve Lawson and Mike Outram 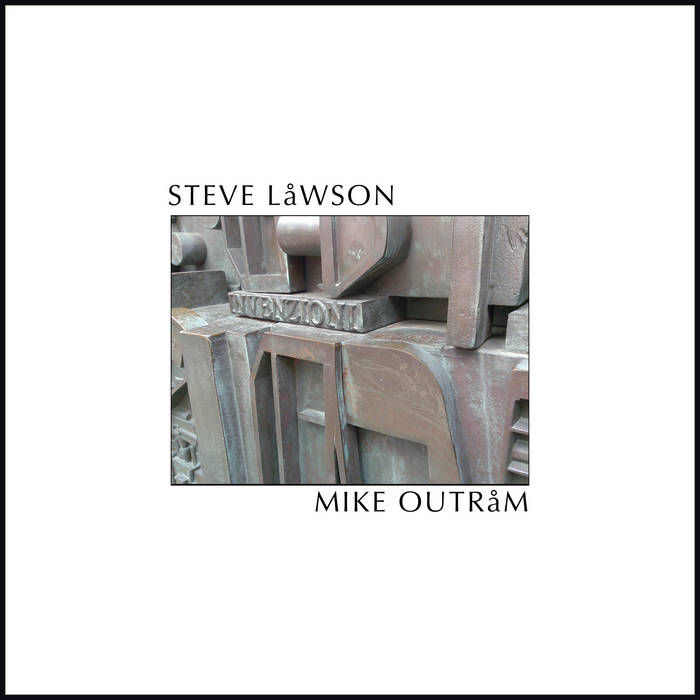 David Wright A lot of different routes taken on this album. 70 degrees in the Dark gives us a sort of Bluesy feel (Delta Blues, but the Ganges rather than the Mississippi?). With the final track Dance Moves the guitar winds up the distortion.

Clayton Giles A beautiful improv by two excellent musicians. I think this will be an album that I'll return to time and again. Favorite track: A Beautiful Mind.

Alan Hall A great guitar/bass set from Steve Lawson with engaging and creative music throughout. And they play so well together. Hard to beat..
more...

So how did this record come about?

It’s a tale of fandom, serendipity and procrastination. I was familiar with Mike’s playing from hearing him in Theo Travis’ Doubletalk band - he blew my mind when I saw the band play at The Pizza Express Jazz Club in London, and I was eager to hear more of his playing.

Not long after this, another friend, Lee Pellington, who teaches on a music degree course in Leicester got in touch to ask if I wanted to go and record at the college, as part of a week of giving the students real projects to work on. Having seen the studios before, this sounded like a fun idea, but more than that, sounded like the chance to try something new out. There wasn’t much point in me recording solo in a studio as there are no live mics in my set-up, and I can record it very well in my own studio.

It was at this point that I contacted Mike and suggested that we go and record some duo stuff. We’d never played together, but had been chatting a lot via Twitter and Facebook, and I was eager to hear what all that amazing music I heard coming from Mike in other contexts would sound like alongside my bass noises.

After that, it was simple - in January 2010, we went to the studio, set up, and recorded well over 2 hours of music. Ranging from epic ambient soundscapes to funky groove-based tunes, pretty much nothing was discussed before each piece beyond ‘shall we try something shorter here?’ or ‘I’ll start’... On one piece (Light Over Water), I don’t play at all - I just looped Mike while he played, giving him no clue as to what was going to come back at him as I mangled his guitar sound and tossed it back to him to respond to.

It was, all in, one of the most exciting and immediate musical connections I’ve had in my career thus far. Pretty much everything I love about Mike’s playing was evident from the start, and we’ve ended up with 3 albums worth of releasable material. These first 5 tunes are the ones that hang together thematically when we started sorting through the huge amount of music we amassed. The other two will follow soon.

This is, by quite some margin, the longest I’ve ever left it between recording and releasing an album - in the intervening two years, I’ve listened to this music on a near-weekly basis, have grown to know and love it deeply. One of the joys of improv is that the unfolding revelation of its deeper layers on each repeated listen is an experience that the artist can share with the audience - on first listen it’s as new to us as it is to you.

I’m amazed at what Mike brought to the project - having never, as far as I know, played in a setting quite like this before, he played like it was a daily occurrence to be looped, layered and processed by someone who isn’t telling you what they’re up to while doing it. At times it felt like he was one step ahead of whatever I was planning to add into the mix, the direction I’d imagined for the many layers to evolve in. It’s a privilege to play with a musician of that calibre, and listening to it now, it still feels like it brought out elements in my own playing that I’d not discovered before. I hope you enjoy it as much as I do.

Mixed by Mike and Steve
Mastered by Steve, with invaluable advice from Ian Shepherd.

Big thanks to Lee Pellington for making it possible.