Growing Up And Moving On 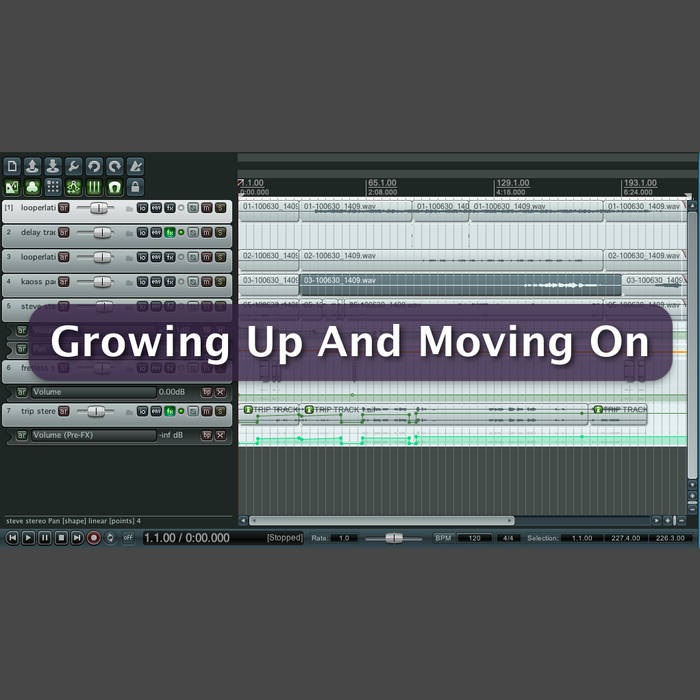 Growing Up And Moving On

This was the first thing we recorded. It is, I think the most edited too... Perhaps.

We met 11 years ago. We wouldn’t have played like this then. We were young. Unformed. A different world.

We’ve moved on, up, out, through... Sometimes in parallel, sometimes divergent, always with a bass in hand.

It’s a slow build, the underlying loop changes not. The emotions evolve. We’re exploring, tentatively (it’s the first thing we played, remember?) Satisfied as it unfolds.

The music was 'spontaneously composed', then edited mixed and mastered by Steve Lawson. Look out for a companion album of tracks produced by Trip v. soon!