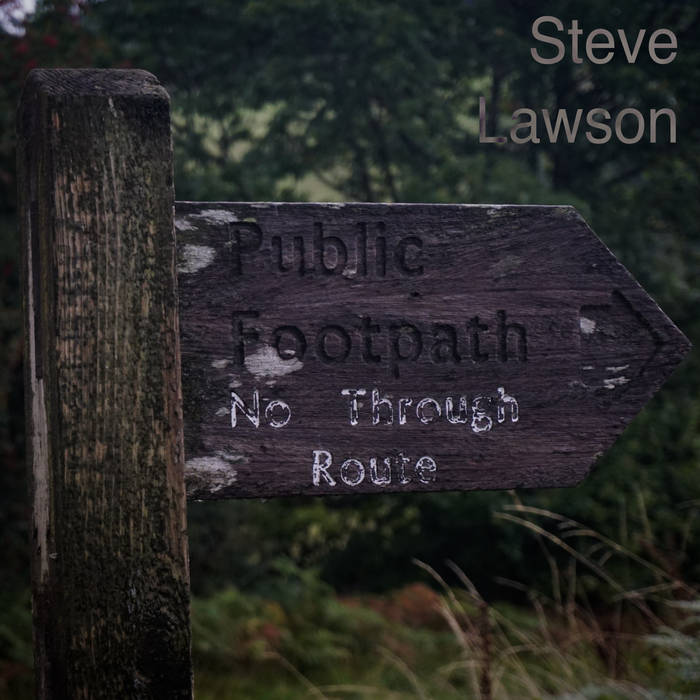 Steve Yates This is lovely. Wholesome and haunting at the same time.

Steve Whitehouse love it Steve, well dark and moody, the grunge and dragging beat are bang on. i start off in the 1920's and go through the 60's finish off in the 70's.

[EDIT - thanks to the overwhelmingly positive subscriber response, I've released this publicly for Bandcamp Friday! Enjoy!]

Here's an interesting one... or maybe not. It's quite possibly too long, but there's something about it I really enjoy, and it meanders through a ton of different places... The title, taken from this pic I took somewhere in the Lake District on my epic bike ride, refers to the fact that it never really escapes itself - it's an exercise in revisitation, in looking at the loop and all it implies and makes possible in multiple different ways.

It's an odd mix, in that the drums are REALLY quiet and the bassline disappears into the background from time to time, but given that it stays there for a really long time, it's probably just as well that's it's not out front making a nuisance of itself!

It's the first 'jazz' sounding thing I've done in a long time, though as is so often the way, it's not really jazz in any sense that anyone else might think to use it.

Do let me know what you think - I'm still listening to it and working out what's going on, I just thought you might enjoy digging through it with me :)

Track 2, recorded Christmas Eve and released on Dec 29th, is called Growth, and starts with as close to 'naked bass' as you'll ever hear from me - no reverb, no delays, no nothing (well, just my normal preamp/speaker sim/EQ chain :) ) - then things get added slowly - delay, reverb, ambience and eventually some percussive sounds that all get processed in weird and wonderful ways. It's called Growth because that's what it sounds like at the end of 2021 - it's awkward, develops slowly, but finds its way and evolves into something beautiful. I wish the same to all of you struggling with the awkwardness and weirdness of the last couple of years. May 2022 be a year of beautiful things xx

All sounds bassy or drummy from inside the MOD DuoX.
Elrick SLC 6 string fretted bass