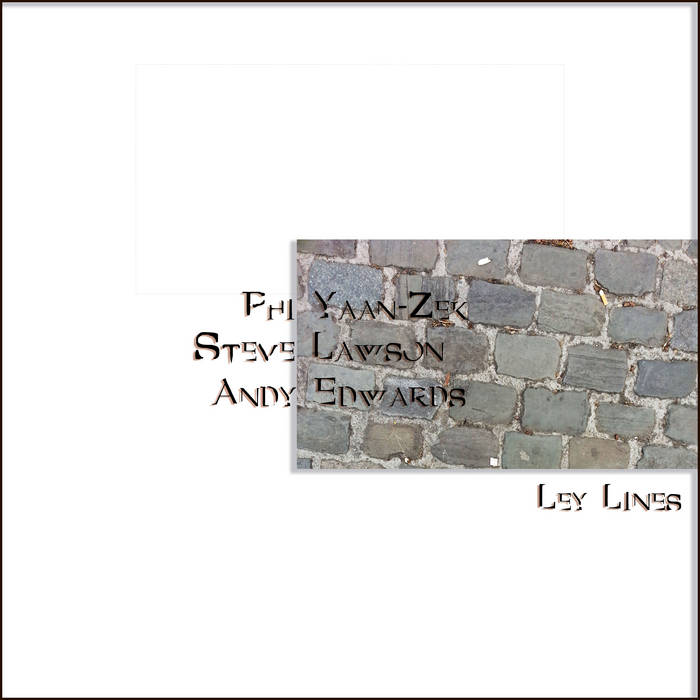 This album started life as two days of studio improvisation. We were actually in the studio at the college we all teach at, demonstrating studio use to a load of visiting prospective students, but if you're going to do that, you might as well get two days of proper recording in, eh?

So we did. Then it was decided that Phi would take the tracks home and see what he could make of them. We recorded all three of us in the same room, so there wasn't actually a huge amount that could've been done in terms of fully remixing the tracks, but Phi chose sections from the improvs, and turned them into tracks, layering some extra guitars and a some subtle keyboard parts. But this is for the most part a tidied up version of what we played. Which was, as it always is, just a 'start playing and see what happens' situation. I love the journeys that come out of that kind of playing, and history has shown that these things are at their most inspiring when everyone is always playing as though THIS is the take. Not just throwing ideas around to be chopped up later, but playing as though every note will be released.

Andy and Phi both do that incredibly well - on this album, you'll hear a load of unfolding real-time arranging going on, some deep listening, and a whole load of high-energy risk-taking. I love that Phi didn't try to polish the tracks - it feels like a direct descendent of our favourite records from the 70s, where no-one cared what the style or genre was, they were just playing exciting music as it came to them. And that's what we did here.

For my part, there are some crazy bass textures going on, and a lot of leads that at first glance sound like guitar but are in fact me (if there's no bass line going on under the melody, it's most likely me...) - after a few listens, you'll hear the way that Phi and I approach melody... it's very different. I was really inspired by what Phi and Andy brought to this - Andy and I play together a LOT these days, but this was the first proper trio session we'd had outside of class time! So Phi dug deep and really brought the session to a whole new level with his playing and with his editing and mixing.

I mastered it, and did the artwork for this subscriber-exclusive version of the album. It'll be out on general release early in 2015, but I wanted to give you a Christmas present. There's a lot more new music from me coming early in the new year!

(24bit/44.1k upload - for full HD, download the FLAC version - check your DAC settings to see if you can handle it - for CD quality playable via iTunes, download the Apple Lossless versions.)