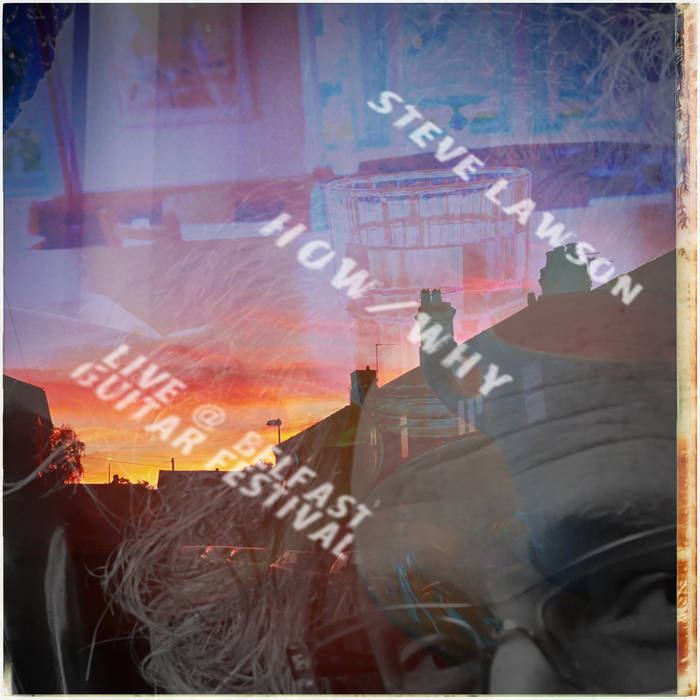 robzsky Wow, what a journey! Amazing work, it touches on all emotions and styles of music I enjoy most.

Ken Such beautiful music, melodies that touch the mind and heart... Favorite track: Have You Tried Shaking It Off And On Again?.

More than just a live album, this is a recording that accompanies an essay - the PDF is in the download folder, so if you usually just listen in the app, you're going to have to download it, or message me and I'll send you a dropbox link for the PDF direct :)

This recording is from my solo set at the Belfast Guitar Festival, and listening back I'm really happy with how it came out, but also feel like it is what it is for more reasons that just some glib nonsense about artistic intentions and making the best music I can...

So there's a 3000ish word essay that accompanies it, with photos too, that acts as a kind of ethnography of my experience of the festival, of the gig and of listening back to the music.

For you as a subscriber, as someone who is at least some what familiar with the music and its origins, it'll maybe be interesting to think about what goes through my head in relation to an audience who don't have that insight... :)

Bass and Quneo - Steve Lawson.
Recorded Mixed and Mastered by Steve too.

Huge thanks to Paul McMordie for putting the festival on and for taking the chance on a bass night. It was a wonderful gig and it's down to your faith in it and hard work that it came off.
To Jeff and Nataly Corralini, Pete Close and Willoware Jackson, Terry McHugh - such a joy and a pleasure to be on the same bill as you all. Truly great music all night!

No thanks to Irish Ferries.