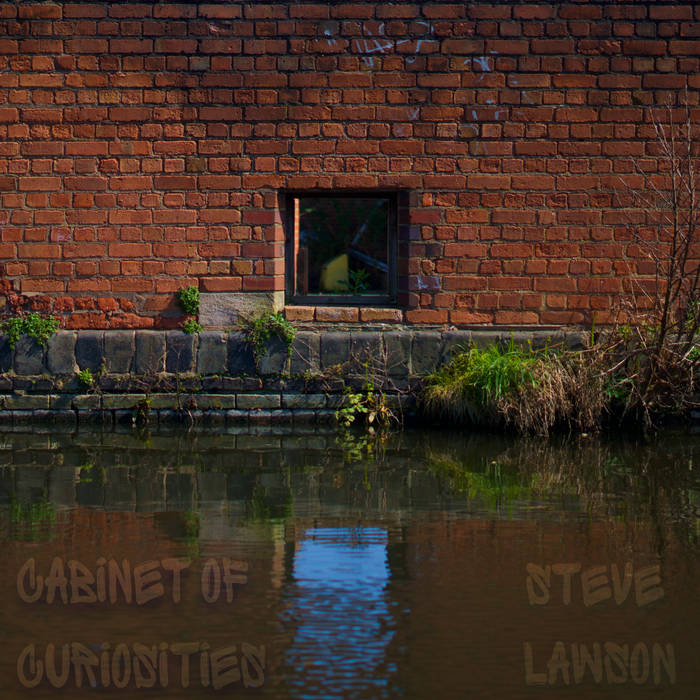 The Cabinet Of Curiosities is a gathering of recent recordings - it's not intended as a fully fledged album, of the kind that might get a public release, but instead is a way point, a document of where this particular set of explorations is up to. These tracks sit at the intersection of a loose experimental approach to trying ideas and the usual semi-pristine recorded sound that I've arrived at over the last few years (with maybe a few more glitches and squeaks that would make it onto a shiny, grown-up album :) )

All but one track is fretless (As The World Torns is fretted, and was previously released as a subscriber video - check the messages thread to see it!) - that's been enjoyable, to re-explore the fretless as my primary voice. For so many years I played fretless almost exclusively. Focusing on it here has been hugely satisfying.

And there's definitely something here to annoy pretty much everyone - there are bits of field recordings creeping in, some quite intensely aggressive harsh noise emerging from gentle beats... oh and the beat themselves which vary from grooving and predictable to wobbly and addictive... Something for everyone to love, something for everyone to avoid :) It's amazing how freeing it is to play without obligation. None of these were made with any sense that they had to go anywhere else, so there's a looseness to this that feels liberated and some very serendipitous mistakes that on the second or third listen make more sense than anything I could have planned!

The centrality of the journey from consonance to dissonance in the three long tracks here seems noteworthy, as both a process and a reflection of what's going on in the world. The title 'entropic inevitability' is written in large letters across the sense that on a grand scale, many things seem to be falling apart with little hope of reconstruction. I'm a generally hopeful person, i have a faith that things will get better (in the oft-quoted 'arc of the moral universe'), but sometimes the horizon is obscured by a mountain of shit.

For what it's worth, that sense of things just getting worse while desperately hoping for unseen changes exists currently in solidarity with the Palestinian people. Hoping and praying for some kind of resolution to the literal hell they are living through right now.

That's not to say it's a relentlessly sad collection of music! There are some joyous moments and reflective, gentle parts to the music here too. It feels pretty complete in many ways, and is a collection of tunes I think I'll end up coming back to a fair bit over the next month or so as I try to work out what it actually is. Your input is gratefully received!

Recorded at LawSound Studios (AKA the corner of my bedroom) in April/May 2021.