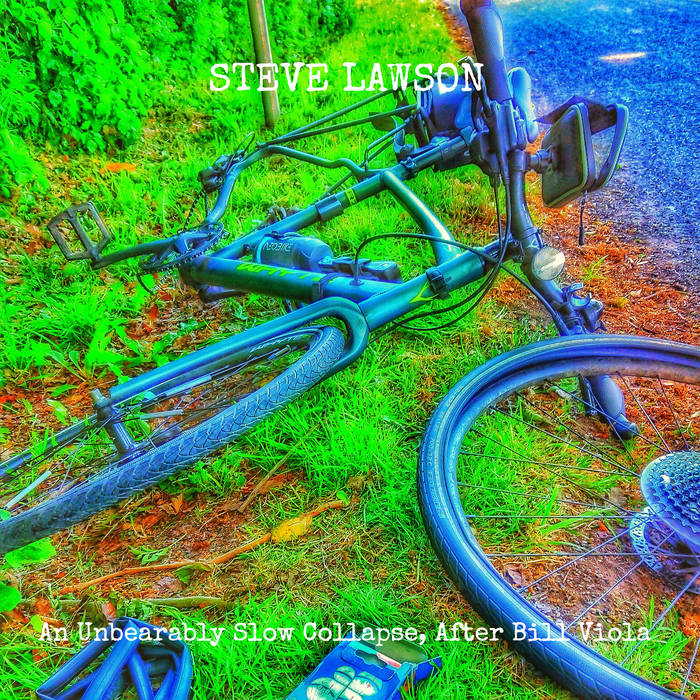 Will Cruttenden This really hit the spot for me. Headphones suggested.

Ahh, there are so many things at work here - a disquieting ambient piece, with nagging found sound, electronic noise, water, dissonance, consonance, shifting textures, dis-ease.. Not exactly a bundle of laughs, but a window on a whole range of experiences. Sometimes the music is a mirror, sometimes it's a window. This is me looking out.

The Bill Viola reference relates to his installation Five Angels For The Millennium - a painfully slow, beautiful, mesmerising video piece. This doesn't get anywhere near his level of slow (for that in musical form, check out Mike K Smith's slowed down remixes of my stuff on Soundcloud - soundcloud.com/mikeksmith/sets/steve-lawson-remixed !) but the sense that things are moving slowly through water is central to his work, and is present here. So I wrote him into the script.

Recorded, mixed, mastered and released in the space of about 3 hours, soup to nuts.